It seems to me that the rumors of the death of XC mountain bike racing have been severely premature. The Iron Maiden was the fourth ABA sanctioned cross country mountain bike race this season, and while it is usually the most contested race of year, I was astonished to find out that there were close to 250 registered racers. With the race at the Canmore Nordic Centre, arguably the epicenter of the mountain biking scene in Alberta, and perfect trail conditions, there were close to 250 very happy and exhausted racers by the end of the day. 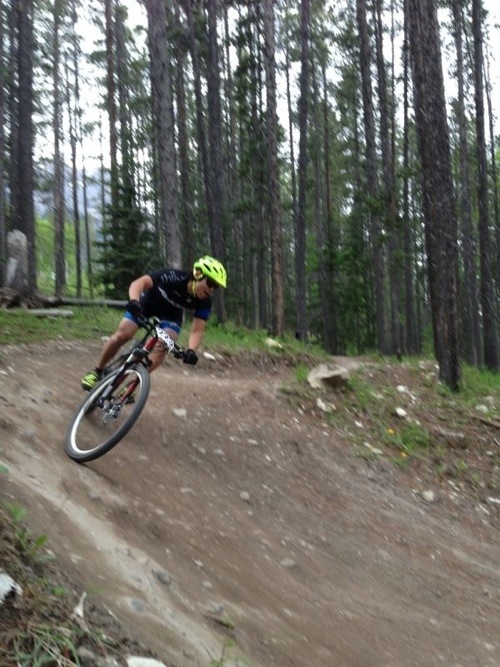 Just like every other race this young season, the weather report leading up to the race was calling for rain, but this time I just knew the rain was going to avoid us, as it was karmic justice for the snow and torrential rain during last year¹s race. Knowing that the trail conditions were dry, I decided to keep my Continental RaceKing tires on my Vertex. If it looked like the weather was going to get wet, I was ready to put on my Schwalbe Racing Ralphs as the tread would be better suited for mud. The RaceKings were working very well for me this season so I was happy to keep them on for good luck, even though I¹m not at all superstitious. 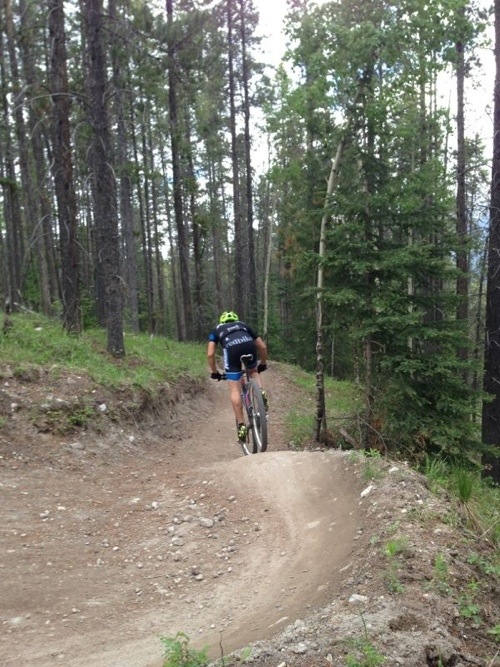 Learning from my mistake from the Summer Solstice race where I didn¹t get a chance to preride the course, I made sure I got to the Nordic Centre Friday night to ride at least one lap to familiarize myself with the terrain. It was a great cloverleaf course with lots of short punchy climbs and only two longer steady climbs. The last third part of the course was particularly fun with mostly flat twisty singletrack riding heading back to the start/finish area. The benefit of preriding the course is that you get a good idea of when to attack a hill because you know that there is a recovery section afterwards. For instance, the start of the race began on a climb on an open gravel trail, but it¹s not long before you funnel into the first singletrack where you have a long pump section heading into the descend for recovery. With this knowledge, I made sure I was on the second line at the start of the race so I can get into the singletrack with the first group. 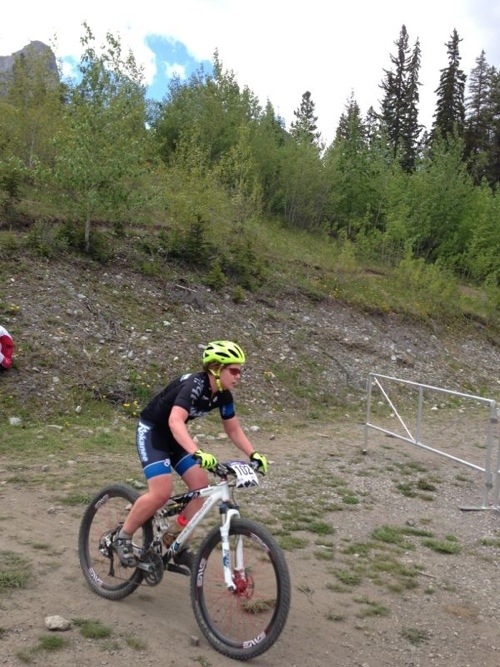 So there we were again, the Expert Men¹s group, a horde of 26 eager mountain bikers. I was right behind young upstart Raf from Hardcore on the second line as I knew I wanted a fast start, even though that is not my usual strategy. There were the RMCC local racers from Canmore who always show up for this race and are always fast on their home course. I had to be aware of where they are going to be as they are always involved for podiumfinishes. As the race started, I saw Raf sprint ahead clearing a spot for me to fill so I made sure I slid in and kept up with the front group. I noticed Trevor from United Cycle, my old friend who¹s smile is a respite from the seriousness of racing, right next to me with the same plan to get to the front and hit the singletrack. There were only 6-7 racers ahead of me when we hit the pump section which is where I wanted to be to avoid any bottlenecking. 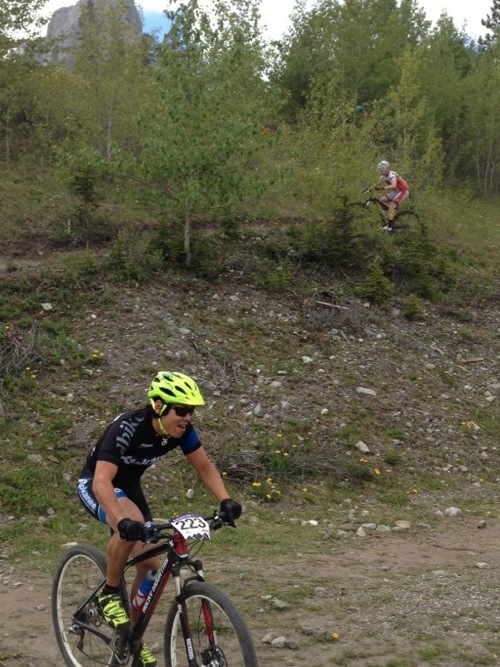 As we started back to the start/finish are, we hit the first A-line/B-line section. Because I prerode the course, I immediately headed for the B line switchback as I knew that the A line step-up stopped your momentum and therefore didn¹t have the ability to finish the climb that followed. Everyone ahead of me and behind me had the same idea as we all followed B line together. After the climb, we hit the next A-line/B-line area. The A-line was a steep loose twisty descend ending with a log drop. The one time I rode it on the preride, I almost crashed into the tree on the left side, but during race situations, you don¹t remember such things. The RMCC racer took the B line and I took the A line where a young Cyclemeister racer crashed before the log drop so I had to yell ³rider² which is the cycling equivalent of ³fore² in golf. This allowed me to pass by two racers, but the RMCC racer eventually caught up to me and past me before we hit Soft Yogurt. By the time I rode the pump track and descended down Devonian Drop, I caught up to a familiar sight, Evan Wishloff from Pedalhead. This is where I settled in for the next two laps where I felt strong enough to hold on to his wheel but not to pass him, as usual. 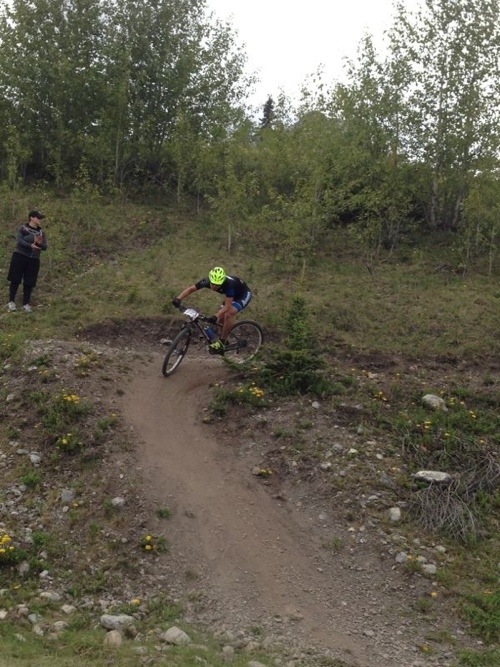 I thought was were going to ride out the race together this way until Tom from Deadgoat Racing caught up to us. I suppose this was the result of me and Evan getting complacent or Tom just being faster, but we were back in a race for the last lap. At one point, Tom and I past Evan, but that kid knows how to find that extra energy to keep up and then regain his spot. I got dropped by Tom and Evan which was not great because I¹m a horrible solo racer, and with nobody to race with, I began to ease up. After the Devonian Drop, Casey from Terrascape caught up to me, and instead of relinquishing my spot, I hammered hard off the saddle during the climb to get to the last third of the lap where I knew I could recover. I held off everyone behind me to get 10th in the race, which I was very satisfied with since it was a large field of fast racers and I had a clean race without any crashes or off course adventures. 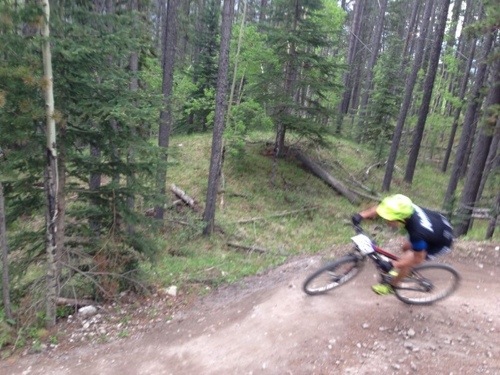