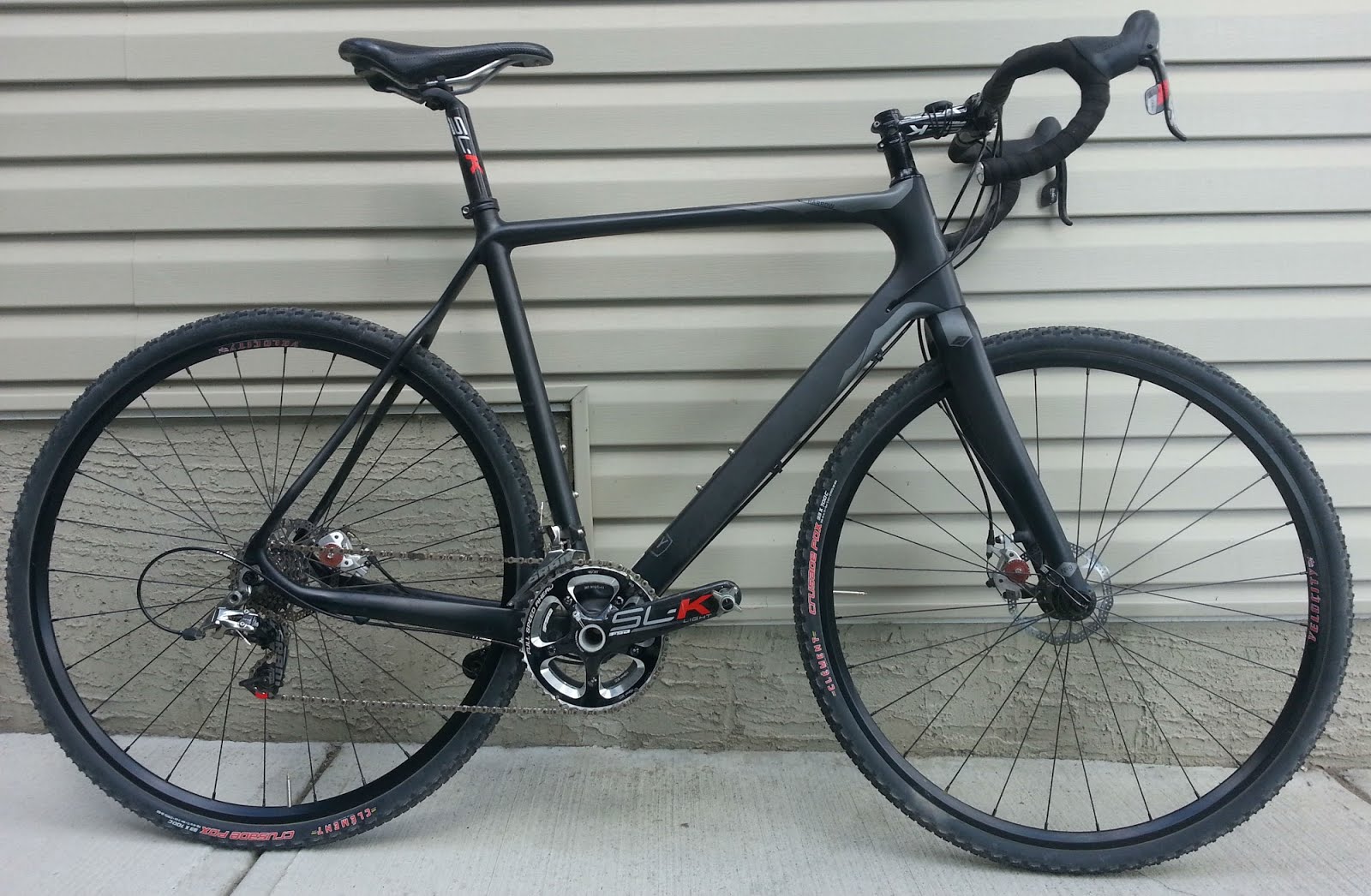 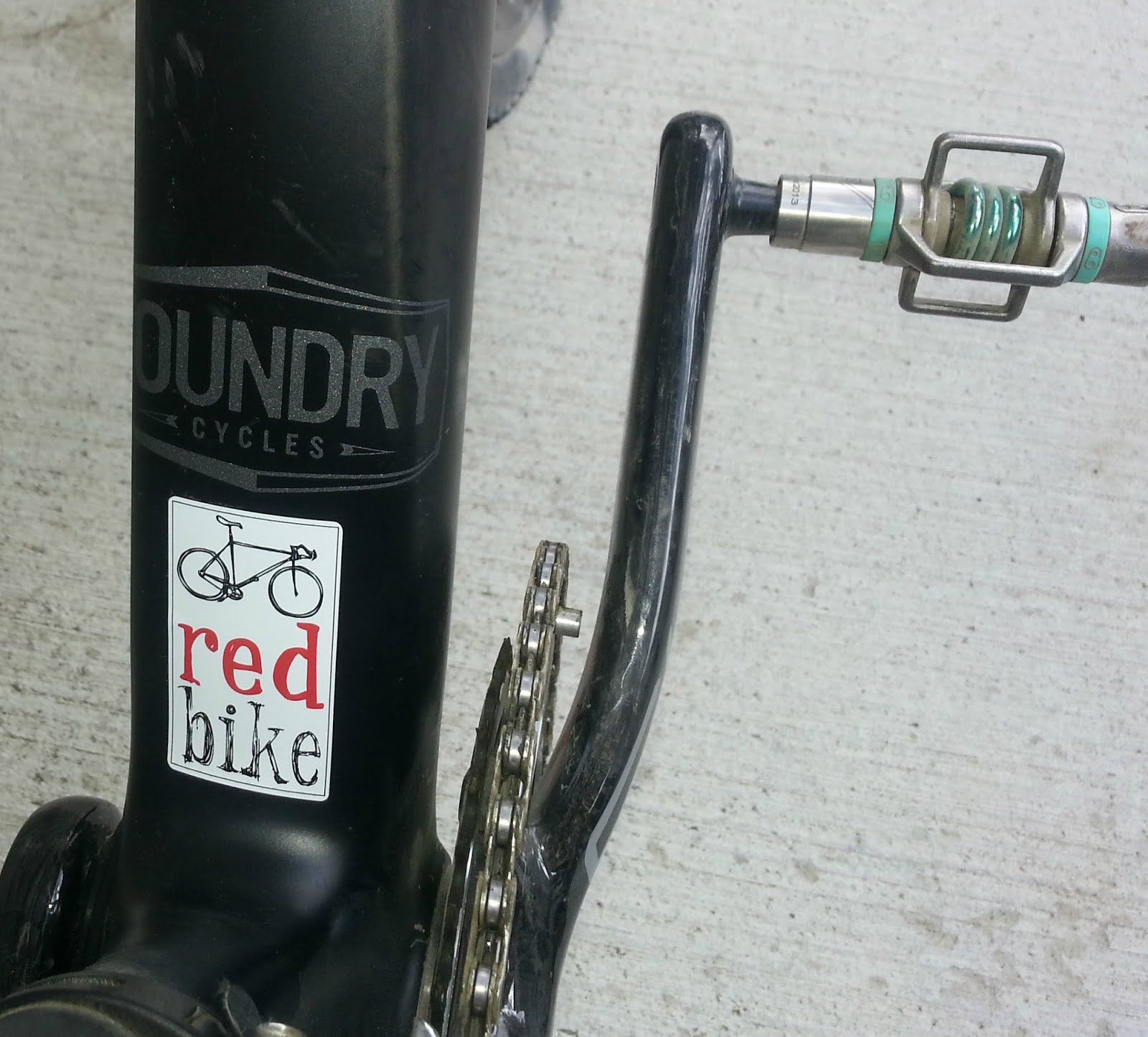 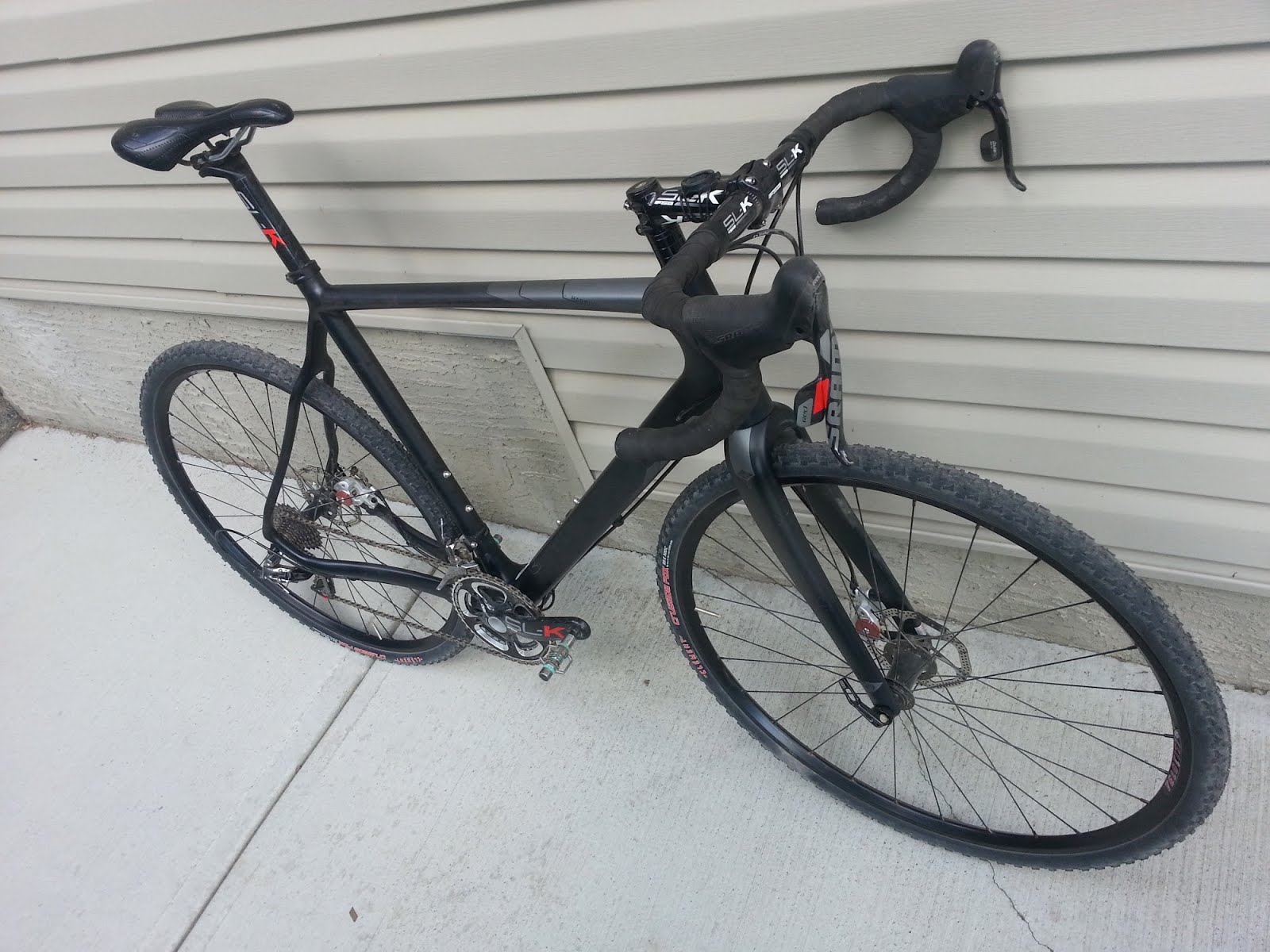 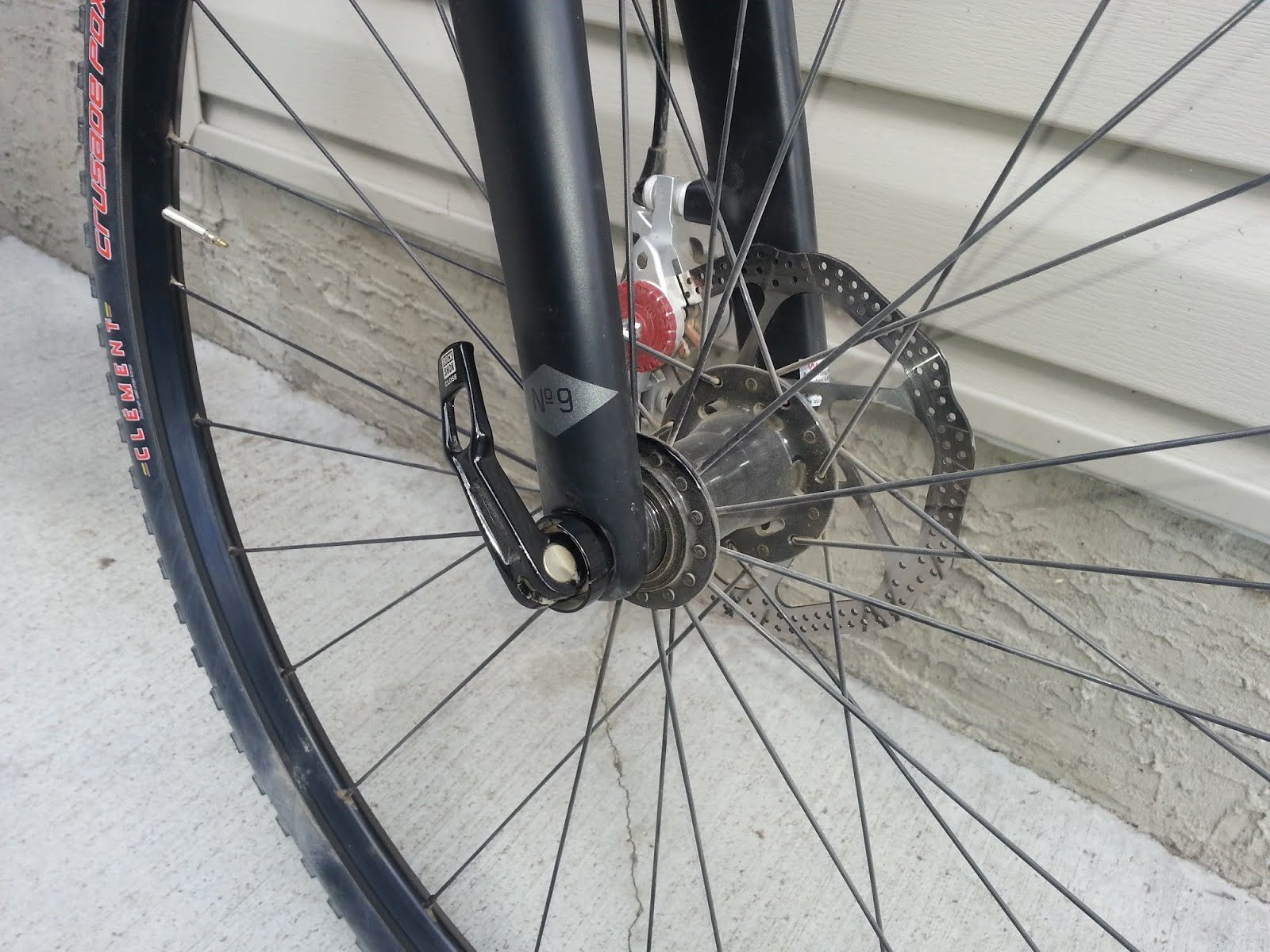 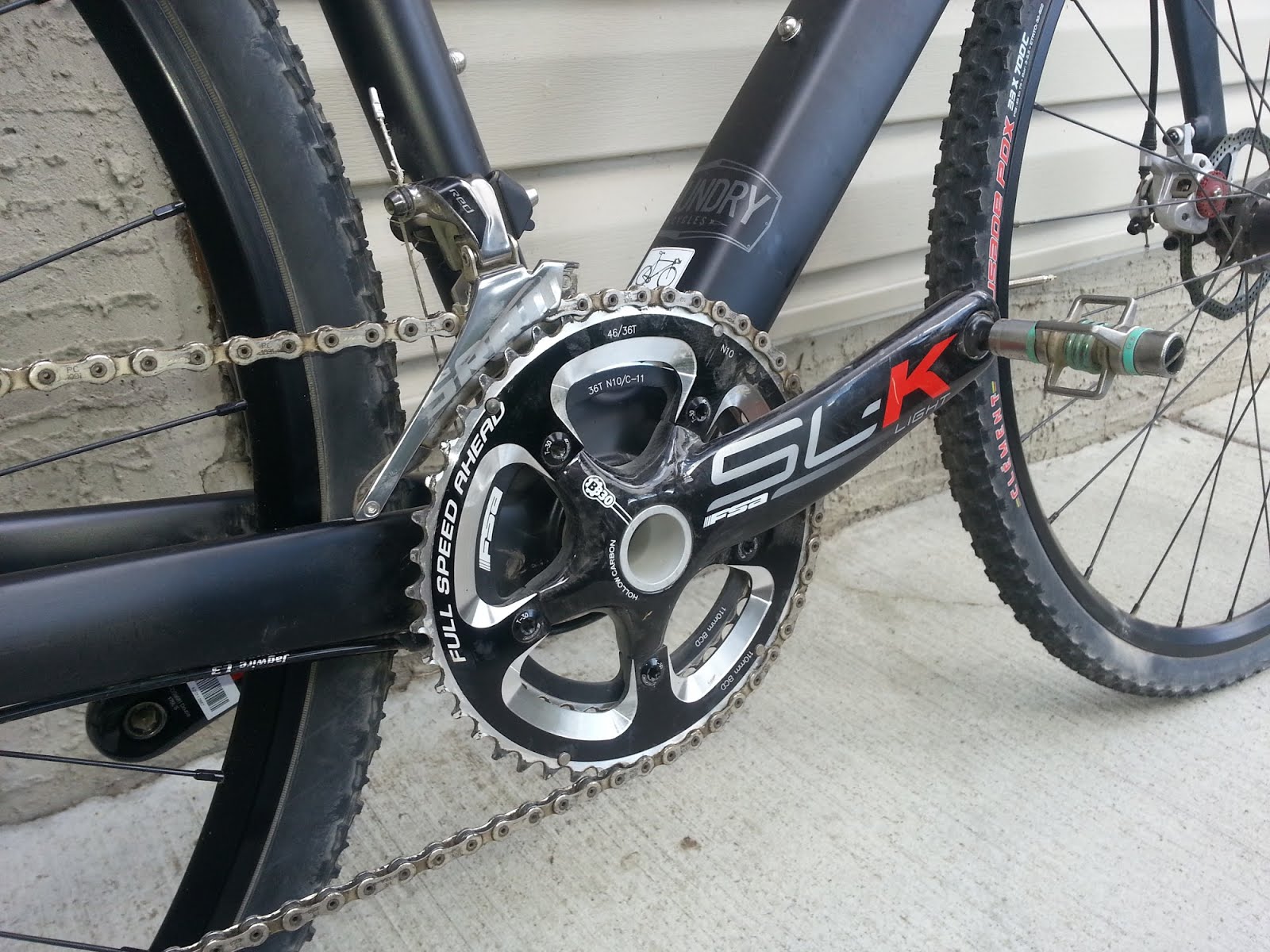 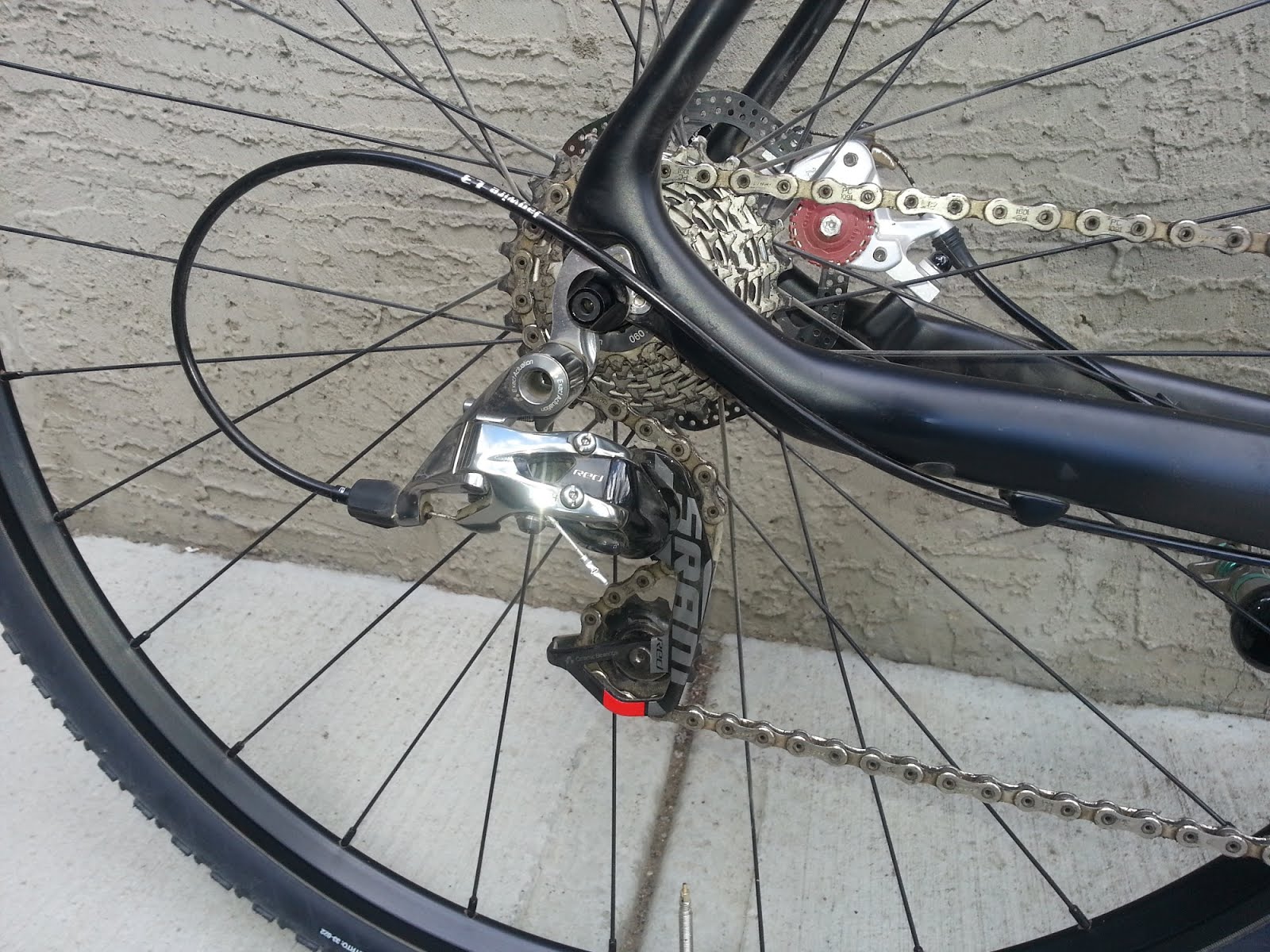 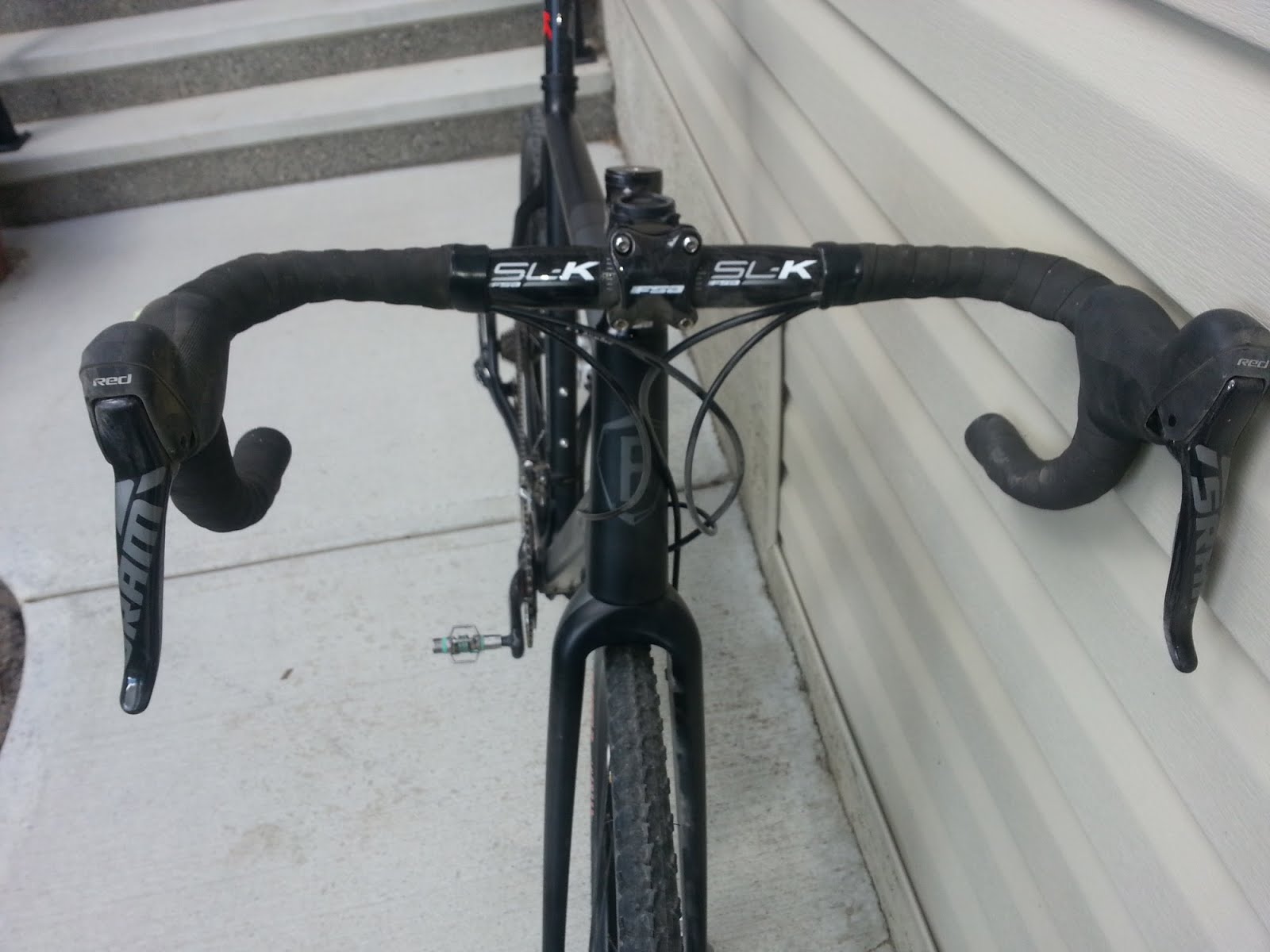 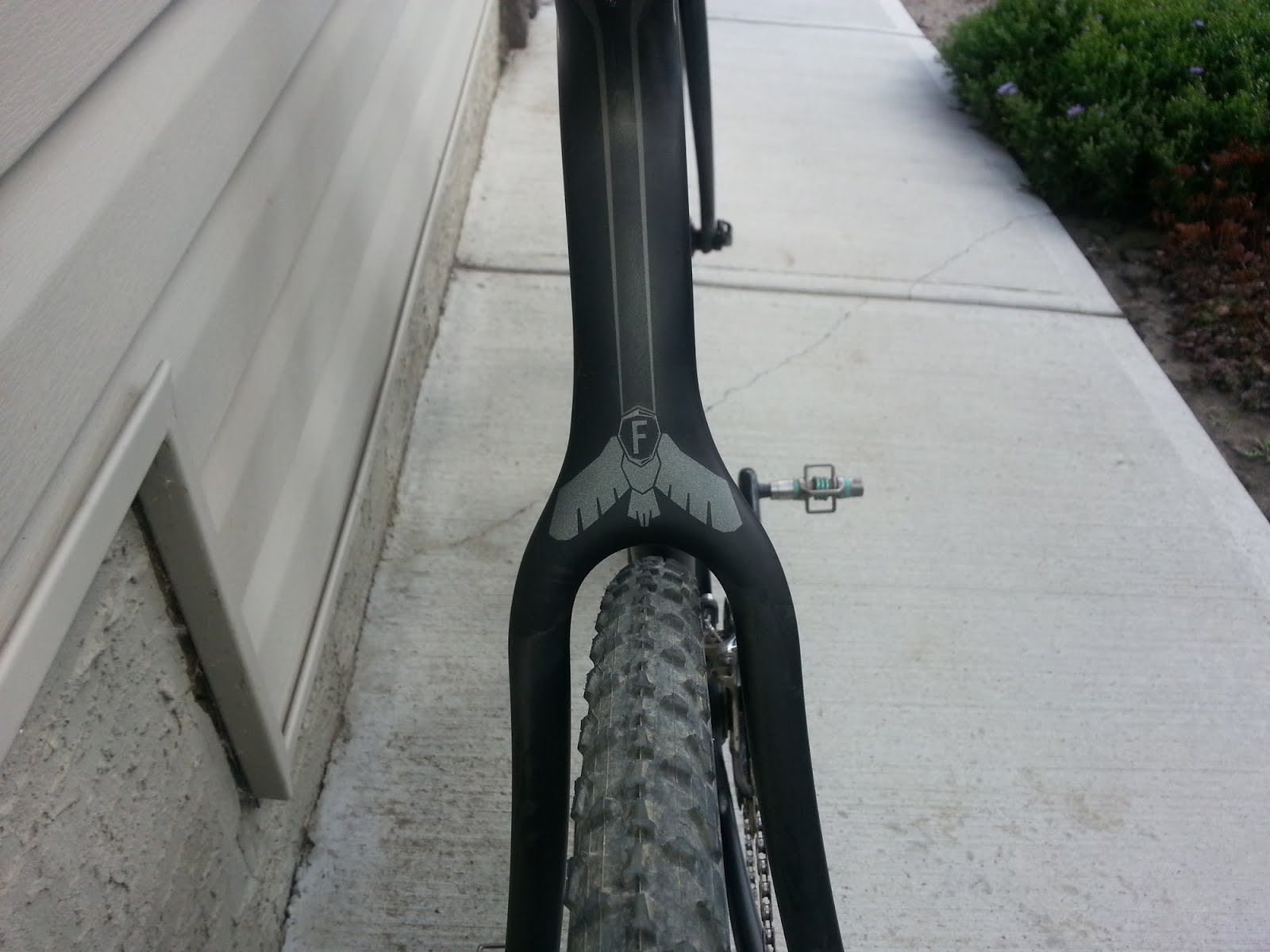 Lots of cars lined up at Highwood Junction

Every year Highwood Pass closes to cars for the winter. This turns a normally busy motorway into a cycling wonderland. It’s 60km from gate to gate with 950m vert reaching 2300m elevation. Sometimes, there are snow-banks at the top of the pass covering the road with only a skinny track through, and other years (like this one) the park goes ahead and snow-plows the pass so that we cyclists can have a few weekends before the gates open.

So at about 11am I was turning the cranks on the 34km trip to the summit. Funny thing is that it wasn’t long before I ran into a guy that I went to University with and ended up riding the remainder of the way to the pass summit with some nice conversation. I like riding by myself but after a while it’s nice to have someone to talk to.

First summit of the pass. Lots of cyclists up here.

There was quite a bit of snow on the sides of the road at the summit but nothing on the road itself. There was literally a traffic jam of bikes right at the top. People riding everything from $10k colnago’s to a hipster on something from 1973. After parting ways with my new riding buddy and putting a jacket on, I was pointing it downhill toward Kananaskis.

The ride down to the other gates was fast with my 52-11 combo being spun out most of the way. After hopping over the gate it was another 8km to the Fortress junction gas station where I ate a 480 calorie ice-cream sandwich and f-ing loved it.

After making mouth-love to my ice-cream sandwich and re-filling water bottles I was off for my second summit of the pass. Going from Kananaskis to the summit is shorter (~20km) but very steep compared to the other direction. At this point I was pretty tired with my legs feeling the 900m vertical from the first summit and the weather looked like it might come in. Snow at the top of the Highwood pass was not something that I was interested in.

On the way back over

After the 20km grind back to the top, it was a quick stop for some pics and then back to the car as fast as my toasted legs could take me.

Finally back at the car after just under 5 hrs ride time and my Garmin was telling me 3000 calories (based on HR). So I headed to the near-by gas station for some M&M’s and Ketchup chips.

I would recommend this ride to anyone. You can go as fast as your fitness level allows and enjoy Canada’s highest paved mountain pass (sans cars).

So we’re a little over 4 months into the 2013 season.  Being part of the Kokanee Redbike team was quite a motivator for me.  I remember looking at some pics of our New Years trip to Radium and thinking that I might have indulged a little too much in the fall.  Stepping on the scale after getting back to Calgary confirmed this fact.  I generally start hitting the trainer 3 or 4 times a week for an hour in January or February.  This year I also had to start cutting weight.

Netflix was definitely my friend

Please note that I blew the end-caps off.

So after a number of weeks (actually months) of counting calories and hitting the trainer multiple times a week I was down about 20 lbs.  My muffin-top was nearly un-noticeable.

The pose is really just me goofing around. I think there’s still red wine stains on my jersey from the Banff Grand Fondo.

From there the weather in Calgary started to improve and I was able to get out on the basement a few times and hit the road.  The trainer is alright but it’s not a replacement for real miles.  I do find that you have to be careful with riding 5 or 7 days in a row because it’s easy to keep the intensity high (and grind the crap out of your junk).

As long as your geared up, this is heaven compared to the basement on the trainer.

In March Mike and I hit up Penticton for a week to get some k’s in and it was pretty sweet. It was early in the season but with working half days, the 3-4 hr rides were about right.  After getting back from the training camp I really wanted to keep the k’s rolling but 2 weeks of crap Calgary weather had something to say about that.  So I was back in the basement riding the trainer.  I don’t know about you but, after hitting the open road, going back to the trainer is pretty difficult.

Just about the time the weather started getting better I picked up my new mountain bike from the guys at Redbike.  I decided to go with a long-travel 29er and focus on more long-format races as well as Super D’s and hopefully an Enduro.

Now the weather in Alberta is pretty ideal for road and mountain biking.  I was able to get some solid trail riding on the single speed in last weekend in Edmonton and today I knocked off 137 km’s riding to Longview to get some jerky.

This is my single speed but the weather is from a month ago.

All in all I’d say that I’m in a good place as far as conditioning is concerned for this early in the season and the challenge is going to be continuing the progression.  With the team involvement I think I can do it. Besides, I finally found someone more obnoxious and inappropriate than me (you can guess who).  Oh, and I just shaved my legs again so I look way faster and need to live up to that.

So smooth, so pale.

Saturday March 23, 2013 marked the first Kokanee Redbike team camp.  The only unfortunate part was that only Mike and I (Josh) were able to go.  Regardless, we packed way too much stuff into my Xterra and hit the road not so early in the morning.

Lots of wheels which we were glad we brought

After about a 7.5 hour drive we arrives at the Tiki Shores Beach Resort in Penticton.  This is the kind of place that you’d never stay at if you saw the outside first.  We picked it based on reviews and price and were pretty happy.  For less than $60 a night we got a kitchen with a fridge/stove/sink thing and a patio with a gas BBQ. Pretty sweet really.  My favourite part was the laminate floors.  I didn’t have to worry about what was soaked into them (cheap-ish hotel/motel carpet creeps me out).

The weather was pretty unbelievable for the entire week with one sunny day after the other and temps hitting 15 degrees.  We were able to mix it up a bit between gravel double-track on the KVR trail, dirt forestry road, and a bunch of paved.  One thing I noticed (being large) was that any direction we went had a lot of climbing.  After grinding away on Sunday at a painfully low cadence I went to one of the local shops and bought a 12-30 cassette (funny that they stock that).  That cassette was the only thing that got me though the week.

Rolling the KVR thru winery country

Amazing view from the KVR

KVR Trail got a little snowed in. Had to turn back.

Riding into the light

Mike is by far the better climber (40 lb lighter) so it was a lot of me getting dropped and him playing angry birds on his phone at the side of the road waiting for me to catch up.

Check out the aero positioning of my bell. One of the reasons I’m so fast….

We both worked half time during the week with me even squeezing in a scanner demo for a helicopter overhaul company in Oliver (being a grown-up with responsibilities sucks sometimes).  The days kind of consisted of working in the morning, then riding, and then going to a coffee shop in the evening where I generally worked some more while Mike surfed the interweb.

See that half a cinnamon bun? That was for Mike but I ate it because of the gluten (which I love).

So we ended up riding Saturday through Thursday which was pretty good for me as my legs were well thrashed. Got up early Friday morning and went to Blasted Church.  Not for service cause it’s a winery (I left with a case).

I’d say it was a pretty successful week for me at least with a lot of quality km’s in the legs.  Hopefully we can get more of the team out next year.  Maybe even switch it up and go to Moab.

I guess this is what’s left of the KVR. There were lots of signs but I didn’t bother reading them.